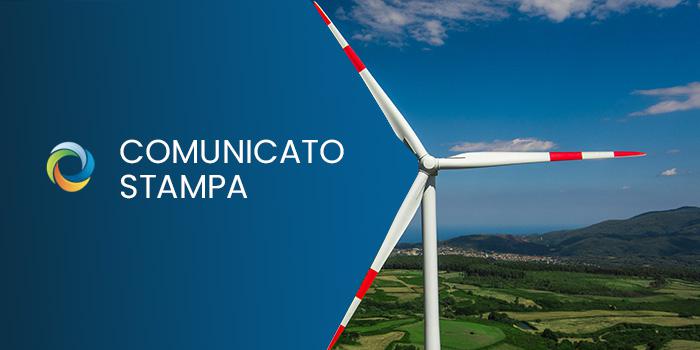 Cesena, 23rd November 2021 - PLT energia, as part of a large structured operation on a project finance basis, has signed with UniCredit - as Bookrunner, Mandate Lead Arranger and Lender -, the European Investment Bank (EIB) and Cassa Depositi e Prestiti (CDP) - as Lenders - a multiline loan agreement, for a total of 92.3 million euros, to support the realisation of greenfield wind projects, under construction, for a capacity of 95 MW.


In the same operation, PLT energia has also signed, with CDP and Unicredit, an additional financing, for a total of 43.95 million euros, aimed at refinancing some companies of the PLT Group owners of a wind portfolio in operation of 74 MW.


"We are proud that EIB - the climate bank of the European Union - supports high value projects like this one just concluded with PLT Group. This operation, in which EIB provided both direct funding to PLT and funding to CDP and UniCredit, is fully aligned with our objectives aimed at fighting climate change and supporting convergence areas, and is a positive example of collaboration with other important financial institutions to contribute to Italian and European sustainable growth" said Gilles Badot, Director of the EIB's Department of Operations in Italy, Malta, Croatia, Slovenia and the Western Balkans.


"UniCredit is strongly committed to building a more sustainable future with concrete actions that promote transition, as demonstrated by the recent membership of the Net Zero Banking Alliance. We are also leaders in Europe in financing solutions linked to ESG objectives and we are extremely satisfied to have supported PLT also in this operation, carried out in synergy between the Central North Region and the Infrastructure & Power Project Finance structure, thanks to which it will be possible to increase the share of energy produced from renewable sources in our country, in line with the strategic objectives of the PNRR" declared Andrea Burchi, Responsible of the Center-North Region of UniCredit.


Eleonora Tortora, CFO of PLT energia Group commented: "As an independent operator, we are proud to have concluded this complex transaction, a project finance that sees the EIB, CDP and UniCredit as direct lenders, which allowed PLT energia to conclude the financing of its 2019-22 industrial plan, optimizing the financial structure and pricing".


"This operation once again confirms the leading role of the Group - commented Stefano Marulli, CEO of PLT energia - We are proud to have obtained, from companies of such high standing, the right recognition as a source of stimulus for the realization of our projects, with the hope of setting up new financial transactions, similar to the one just concluded and in line with the financing policies of the EIB and CDP, which aim at fighting climate change, able to support PLT energia which pursues sustainable and long-term growth, focused on greenfield projects, both in Italy and abroad".