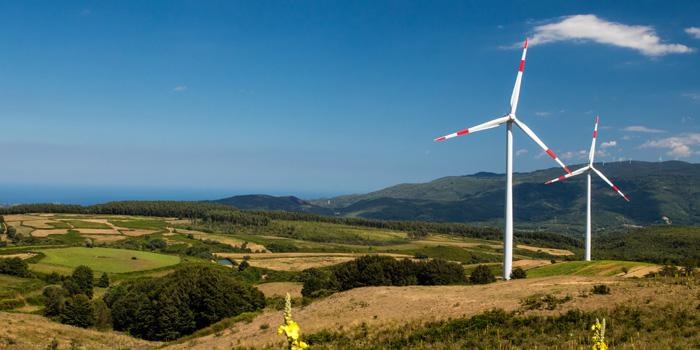 Cesena, April 20th, 2017 – PLT energia S.p.A., an Italian industrial holding company operating in the field of renewable energies market, announces the successful signing of the multi–line financing contract for a total of 31,8 million Euro, by the owned benefited company "Dynamica S.r.l.", in relation to the wind farm realisation, with a total capacity of 22,55 MW, located in the municipality of Simeri Crichi (CZ).

The transaction, with a project financing structure, involved a banking pool consisting of Banca Popolare di Bari S.c.p.A., as agent bank, Banca Popolare Di Milano S.p.A. and Banca Popolare di Puglia e Basilicata S.c.p.A..
The banking pool has used a NCTM team – led by the partner Eugenio Siragusa– for legal and tax advice, EOS Consulting S.p.A. as far as the technical and wind due diligence was concerned, AON S.p.A. for the profiles related to the insurance needs and PWC S.p.A. as model auditor.

The overall investment has been equal to about 40 million Euro and the realization of the wind farm, in operation since last April, 7th, has been committed to the E&C contractor PLT engineering S.r.l., a company with a high standing acquired thanks to the experience gained in the design and construction of approximately 300 MW of wind farms. Simeri wind farm is composed of a total of 11 Senvion MM100 wind turbines with an output of about 2 MW each, while the works on electrical substation have been carried out by Siemens.

Pierluigi Tortora, PLT energia S.p.A. CEO, commented: "With this financing transaction we have completed the financing in support of the projects pipeline planned in the industrial plan and of the Group organic growth strategy. We are very proud of the trust placed by the banking pool and PLT energia will work hard to ensure that, even this wind farm, will provide not only a contribution to the revenues and EBITDA of the Group, but it will also help to increase its environmental mission which can boast to already bring pure green energy in many Italian families".