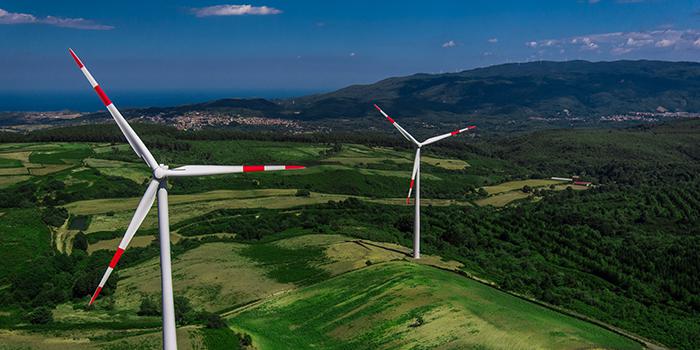 23 Dec, 2014 | Installations
PLT energia acquires the rights for 14 MW wind project
The acquired projects, in final authorisation phase, will be located in the municipality of Torre di Ruggiero (CZ) allowing significant economies of scale and industrial synergies with other PLT energia plants.

Milan, 23rd December 2014 – PLT energia SpA announces to have acquired by the Spanish Group all the shares of the company ECOENER Srl.

ECOENER Srl, acquired by PLT energia, holds, through special purpose companies 100% controlled, the rights related to wind projects – in final authorisation phase – for a total capacity of 14 MW, to be realized in Calabria region.

The new wind plants will join the wind farm called “Langricello” of 10 MW of capacity, recently acquired by the spanish Group Ecoener and located in the municipality of Torre di Ruggiero (CZ), whose works of construction have started last November 2014 and whose commissioning is expected in the first semester of 2015, as announced on the 7th October 2014.

Pierluigi Tortora, PLT energia CEO: “The acquisition of these additional projects allows the Group to pursue its objectives of growth, according to a strategic and industrial rationalisation of its assets, as they will be located in a municipality where one of our plants is already present. This will allow us to obtain significant benefits in terms of economies of scale and industrial synergies both during the construction and the management phase of the new plants. The acquisition from the spanish Group Ecoener, active in several foreign countries, reflects the agreements already perfected also with the aim to carry on PLT energia international path of growth.”

The projects pipeline of the Group has been thus further strengthened in an highly windy area where PLT energia is already present with wind plants in exercise for about 90 MW.