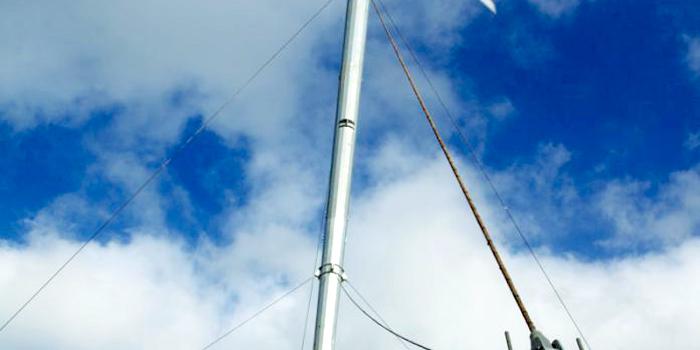 1 May, 2013 | Installations
PLT ENERGIA INSTALLS THE FIRST VERGNET GEV MPC WIND TURBINE IN ITALY
On the windy plateaus of Calabria and more specifically in Monaci, a hamlet in the municipality of Petrizzi, the company Enerkall, a subsidiary of PLT energia, has developed a mini–wind farm consisting of a Vergnet wind turbine, model GEV MPC 32.
It is the first example of this series and one of the few of such size which were put into operation in Italy before the laws on feed–in tariffs changed.

The features and characteristics of this turbine model have allowed to transport and install it in a mountainous area difficult to access, thus making possible to put a plant of this size into operation.

PLT energia signed a framework agreement with the French company for the supply of several wind turbines, which are expected to be installed during 2013. The agreement provides that maintenance is carried out by PLT engineering Srl, a subsidiary company of PLT energia Group, after a period of training organized by Vergnet.